Some experiments for peak-a-boo pullquotes…

Open Flame is an amazing queer comedy open mic, and I was super excited to make their website. The thing that makes their event so special is the amount of community building that happens in the audience. I’m happy with the finished product, but there was nice sketches along the way. Might make them into my own personal projects soon!

For Valentine’s Day, I wrote about how in love I am. It’s a text format I’m fiddling with: text that’s on display but reticent to let you in. 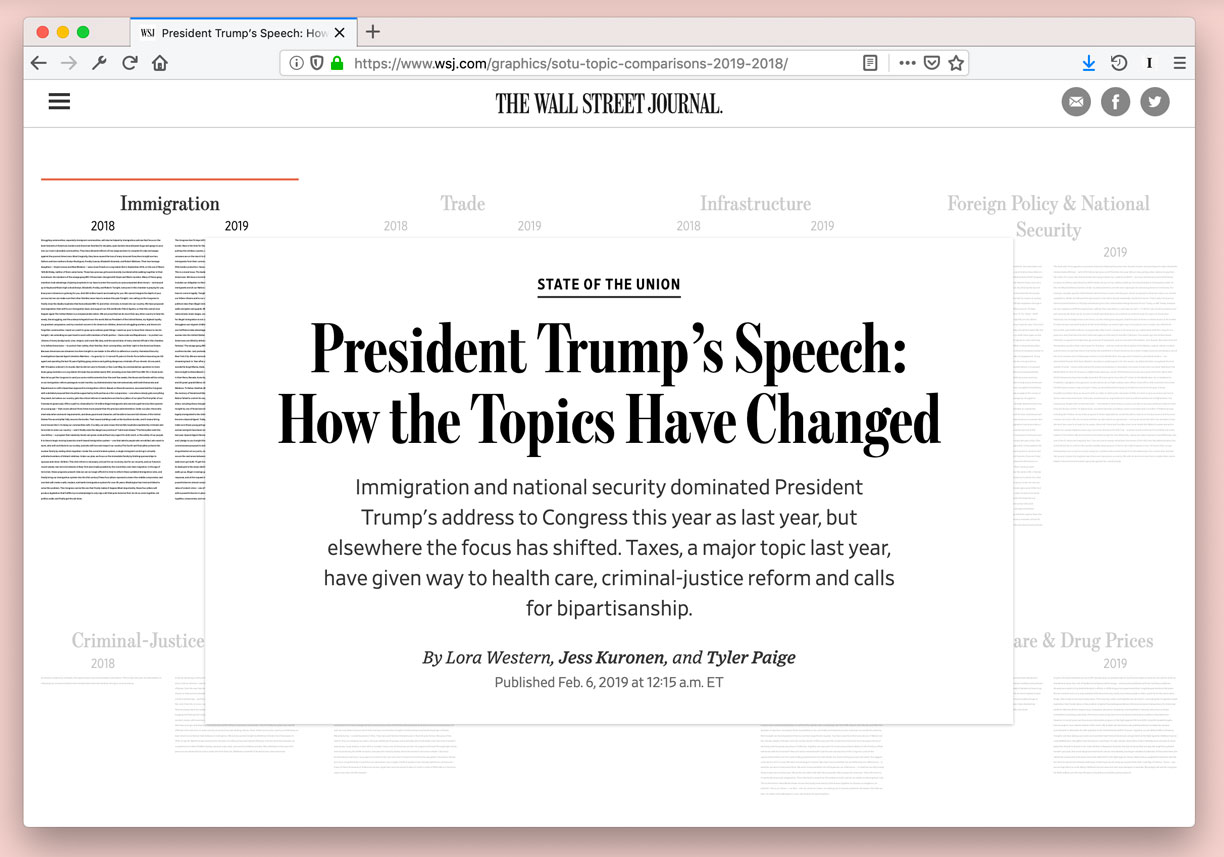 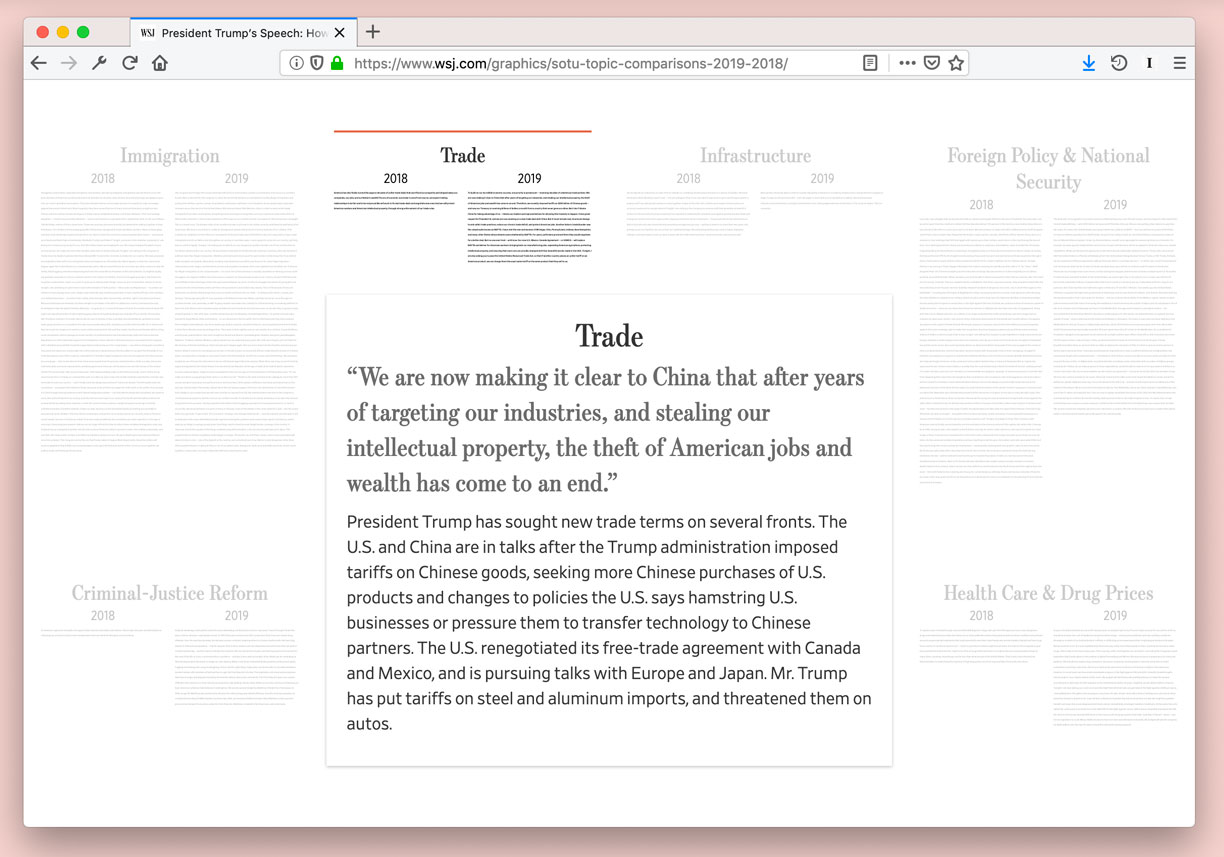 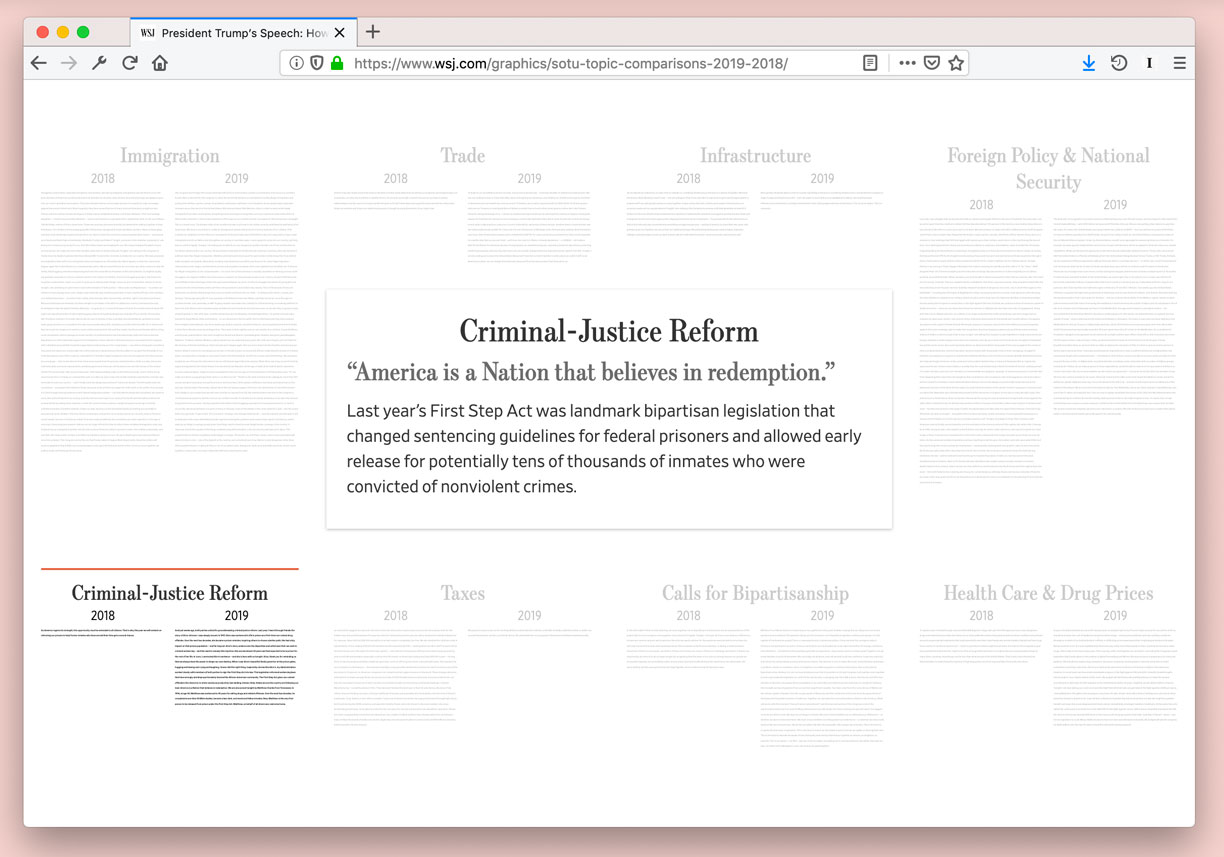 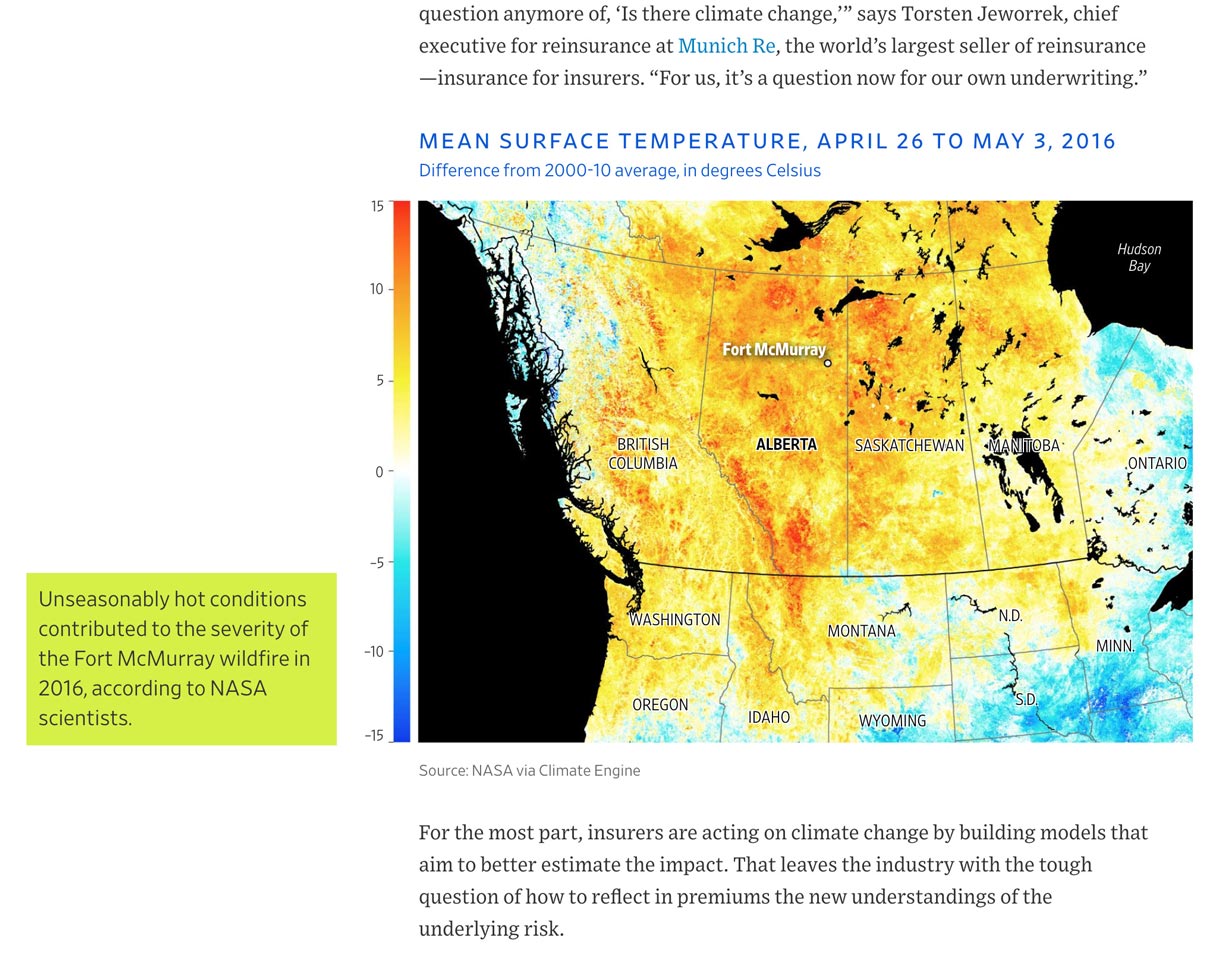 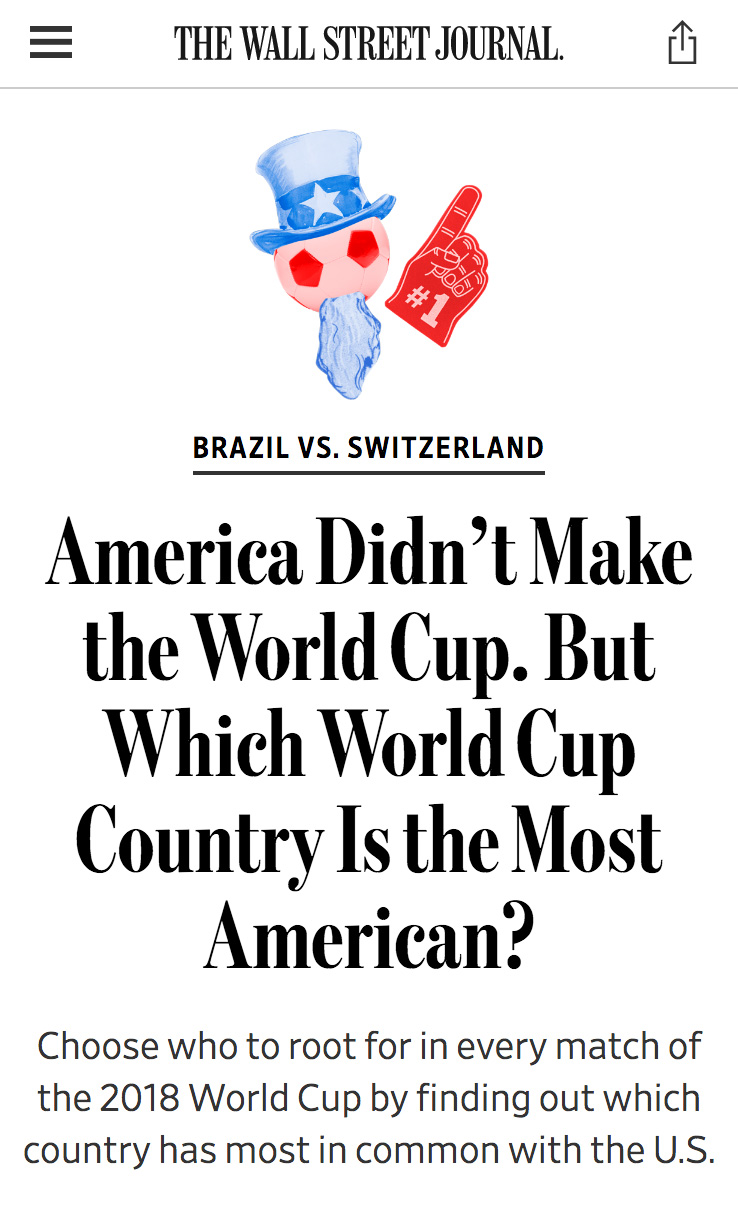 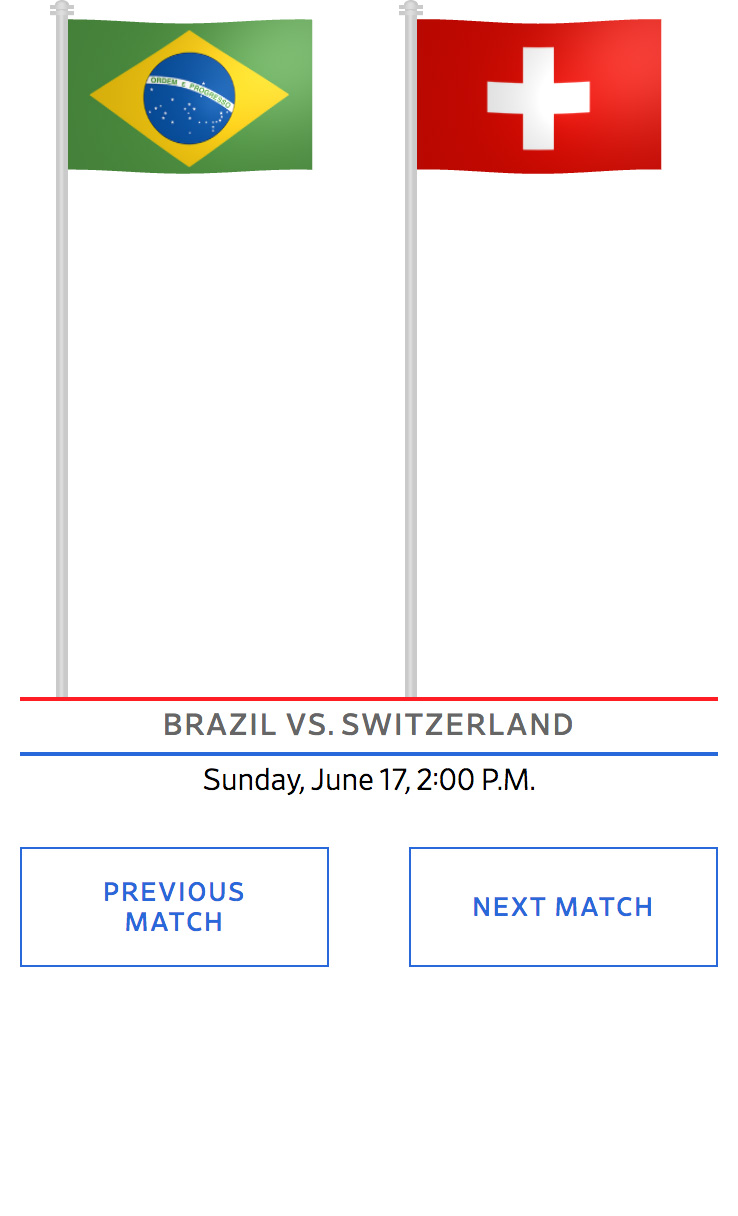 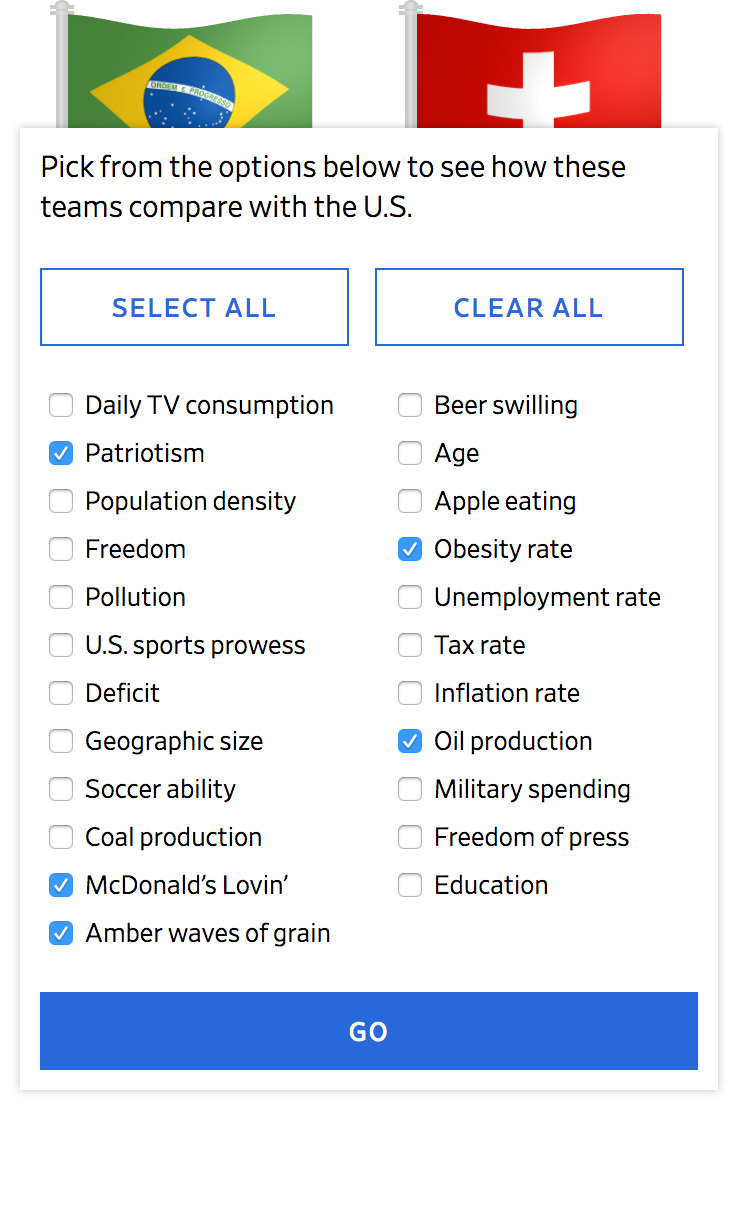 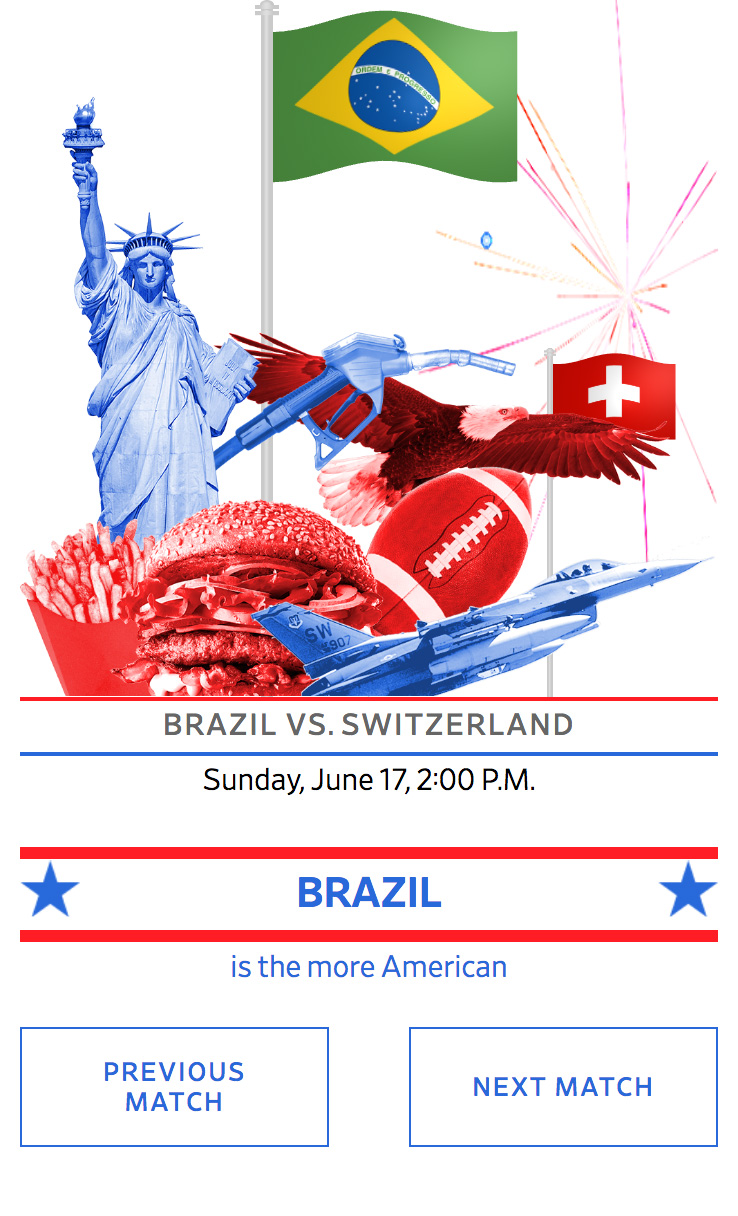 America Didn’t Make the World Cup. So Which World Cup Country Is the Most American?

The World Cup is typically a time for newsrooms to wonder, “How can we get Americans interested in this event that we can actually plan for?”

For Gabriel Gianordoli, Jess Kuronen, and I, we figured people would want to know how other countries compare based on several metrics that really define american life:

This project was a fun to code. It’s single page app so it had a router to direct users to different matches. Readers would be directed to the most recent match if thy arrived without a URL parameter. Unfortunately our analytics services equates unique URLs as unique projects, so we ditched that in favor of query parameters. 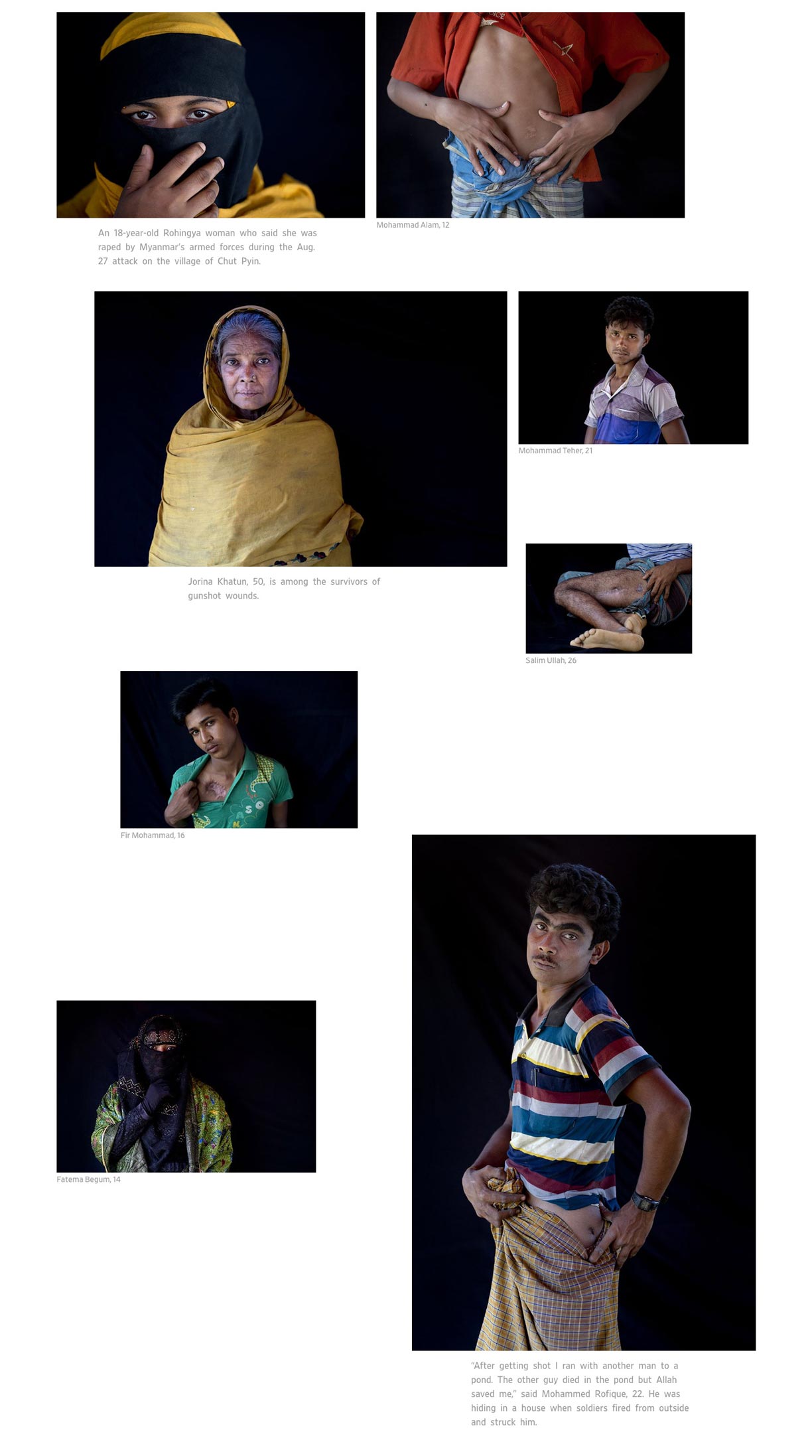 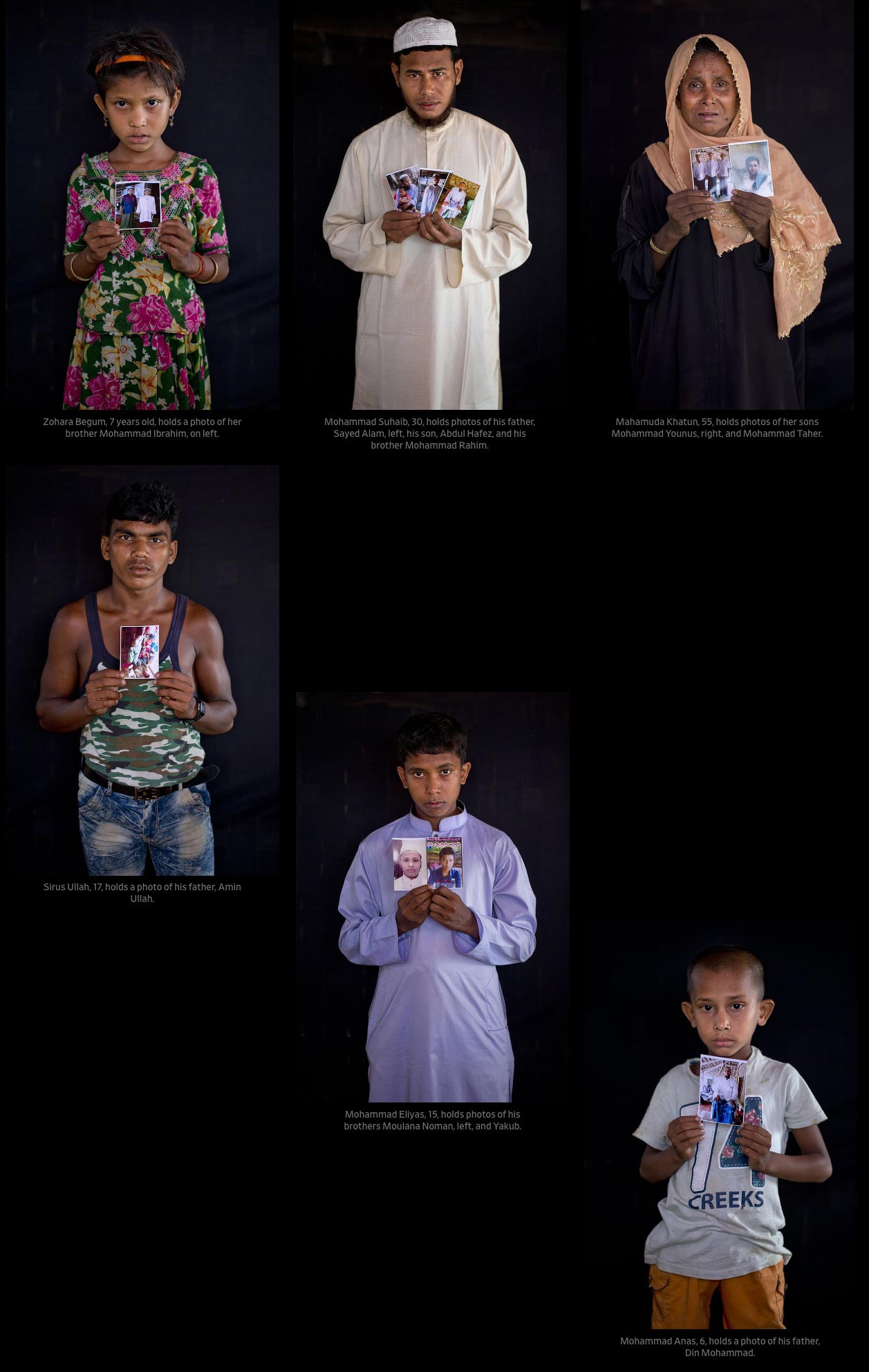 ‘We’ll Turn Your Village Into Soil’: Survivors Recount One of Myanmar’s Biggest Massacres